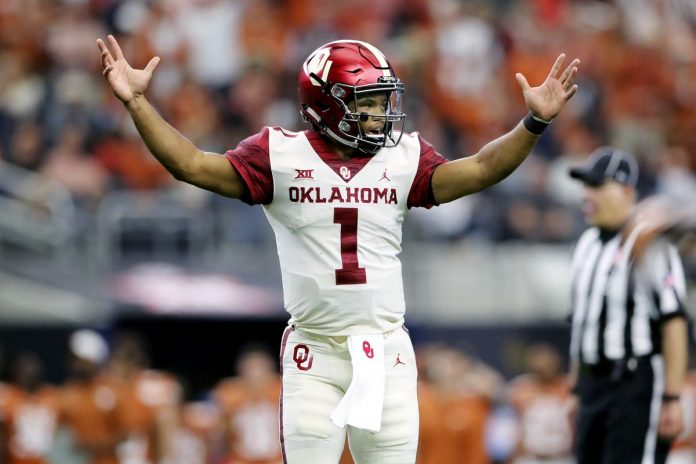 In this article, I’ll release my projections for the 2019 NFL Draft top 10 picks.

Despite spending a first round pick on Josh Rosen just a year ago, all signs point to the Arizona Cardinals selecting the dynamic Kyler Murray with the first overall selection. Murray is undoubtedly talented but with so many holes on the roster and a promising quarterback already on the roster, it’s worth wondering if this is the right move.

Widely considered the best prospect in the draft for much of the past year, Nick Bosa doesn’t make it past the No. 2 overall pick in this mock draft. As a polished pass-rusher with the talent to be an All-Pro, this one is a no-brainer for San Francisco regardless of any questions about his fit in their defensive scheme.

The New York Jets have had a productive offseason so far but a failed deal for Anthony Barr means that a pass-rusher is still needed for Gregg Williams’ defense. Coming off a breakout season that saw him dominate SEC competition, Josh Allen has the aggressiveness and pass-rushing acumen to be a perfect fit.

Considered by some to be an even better prospect than Bosa, the Raiders should be thrilled to land Quinnen Williams here. While he’s not the pass-rusher the team so desperately needs, Williams is a disruptive force in the interior and his presence alone with open up more opportunities for players around him to rack up sacks.

The most unpredictable pick in the top five, the Tampa Bay Buccaneers could go a ton of different ways with their selection but, ultimately, picking up a potential franchise left tackle should be the move. Williams isn’t flashy but he is the type of polished, aggressive lineman that will stick around as a high-end starter for the next 12 years.

Despite being seemingly committed to Eli Manning for another season, the New York Giants would be absolute fools to not address the quarterback situation with the No. 6 overall pick. Haskins, a natural thrower with high-end mental traits, would be a perfect fit. Haskins lacks experience, but with some time to learn behind Manning, he could give New York their highly-anticipated Manning replacement.

With new quarterback Nick Foles on the roster, the Jaguars hopefully fixed their biggest weakness on offense. Now, the team must look to protect their investment by adding talent to an inconsistent offensive line. Jawaan Taylor is a potential starter from day one, and with Cam Robinson returning to action, the Jaguars would have a pair of bookend tackles.

With Ziggy Ansah out of Detroit, the Lions have a need at pass rush. Luckily for the Lions and head coach Matt Patricia, star pass-rusher Montez Sweat falls to them here. Sweat, a productive collegiate pass-rusher that tested off-the-charts at the combine has the talent to put up double-digit sack production from year one.

As perhaps the best tight end prospect since Tyler Eifert, T.J. Hockenson has shot up draft boards throughout the draft process. The Iowa tight end is an excellent receiver that blocks with a refreshing aggressiveness. Hockenson would give the Bills a potential Gronk-type weapon if everything goes as planned.

As exciting as Joe Flacco is, the Denver Broncos seem almost guaranteed to select a quarterback with the No. 10 overall pick. Enter Drew Lock, a quarterback that embodies everything John Elway looks for at the position: big, strong-armed, inaccurate. Lock has the talent to be a high-end starter, it’s just a matter of unlocking that potential. Classic Elway gamble here.

If we thought the draft process was unusual last year, we are in for a treat in 2021. Last year, really on pro days...
Read more

The 2020 NFL regular season is now in the books! This was a regular season unlike any other with limited fans, games getting delayed...
Read more
Facebook Instagram Twitter