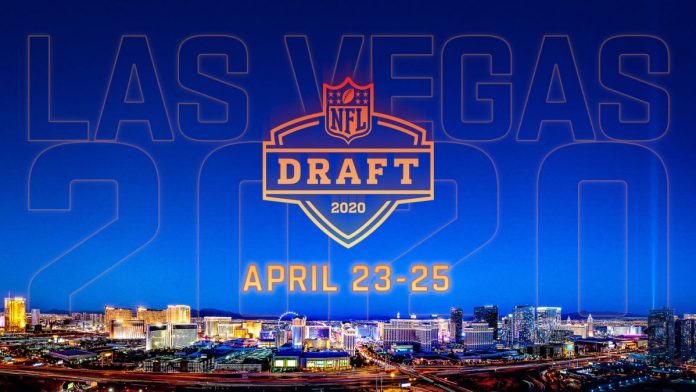 With almost three months remaining until the 2020 NFL Draft, I figured I could make a 1st Round Mock Draft (without trades) to see how it could play out. It’s not a prediction but rather what would I do if I were the GMs of these teams.

Note: Clicking on the players will take you to a short highlight video on YouTube of a said player if one exists.

With the first pick in the 2020 NFL Draft, the Cincinnati Bengals select…

Let’s start this 1st Round Mock Draft with Burrow. I would be shocked if this isn’t the pick come April. Burrow is by far the best QB in this class and honestly, if he doesn’t end up with the Bengals it’s because another team traded up to this spot.

A no-brainer here, it would be malpractice to pass on Chase Young here, the best player in the draft and Washington doesn’t need a QB.

First, I don’t think it’s smart to move on from Matt Stafford this year, he is still playing at a high level and he is NOT holding this team back, so no QB this high. With this pick, I was really torn between Simmons and Jeffrey Okudah. Simmons is a monster and he can really help a very weak LB core. Derrick Brown isn’t really that much better to justify passing on either Simmons or Okudah, who are much bigger needs. They can get a starting corner, later on, to go along with Slay.

I don’t like A.J. Epenesa this high, ditto for the next best linebacker. This leaves the Giants with a choice between CB, OT, and WR. This class of wide receivers is really deep so there is no need to take one this high especially needing a game-changer at cornerback and a franchise tackle. Could have gone tackle here but Jeffrey Okudah has the potential to be one of the league’s best corners and that’s something the Giants could really use.

Don’t get angry, let me explain why I didn’t go with Tua Tagovailoa here. Jordan Love graded out slightly lower than Tua (as QB3) but that grade doesn’t take Tua’s injury history into account. The slight difference just doesn’t warrant the risk. Love can come in and not be rushed to start thanks to Ryan Fitzpatrick who can hold the fort until he is ready. His tools, traits and natural accuracy are something that could really pay off for them. His 2019 tape isn’t as bad as the numbers indicate either.

Yes, Tua keeps falling in this 1st Round Mock Draft. With the kind of curse the Chargers have with injuries do you really blame me for passing on him? Justin Herbert is no slouch either and I predict his stock is going to keep rising this offseason. His abilities were made to be showcased on the pre-draft circuit since his weaknesses won’t be apparent (you would need to go back to the tape), either on the combine or pro day where he will wow people. Besides who would hold the fort until Tua is 100%? Herbert is a guy who can start day 1.

I don’t think the Panthers would make a smart decision parting way with Cam Newton. I think he can still be Carolina’s franchise QB and either way they should give him 2020 to show them what he has left. So no Tua here. DT is a huge need for them and Derrick Brown is the best player available on the board so that makes this pairing an easy one to make.

They got the QB they wanted last year, so now they have to protect him. Jedrick Wills is the highest rated OT on the board so he finds a new home in Arizona.

Let’s give this offense some weapons, Jerry Jeudy is this year’s most polished wide receiver and will make an instant impact. Whether it’s Foles or Minshew under center, they need a reliable target.

A lot of the blame for the disappointing 2019 season can be pointed at the state of their offensive tackles, so here we give them a battle-tested RT in Wirfs to plug into their offensive line ASAP.

The Jets finally address their offensive line. They get lucky to be able to choose between Becton and Thomas but ultimately they go for the Georgia product who is slightly better graded, I would be happy with either, honestly. They can go get a WR later on.

Well, the Raiders swung and missed with the whole Antonio Brown situation, but they still need a playmaker at wide receiver and boy CeeDee Lamb is the very definition of a playmaker. The Raiders give Derek Carr another year with weapons to see what he can do. I don’t think it’s time to give up on him yet.

This as far as Tua falls in this 1st Round Mock Draft, and into a perfect situation for him no less. Tua doesn’t have to rush into the field with Brissett handling affairs for a while and Indianapolis doesn’t have to put all of their eggs in one Jacoby basket. They get this year’s QB2 outside of the top 2 in a pretty great set up.

Tampa lands the last member of the Big 4 OT from this class, to protect Jameis and whatever QB comes next. Taking a QB at this point would be a huge reach. It doesn’t hurt that it’s also their biggest need and the FA OT class is always weak (and this year is no exception).

Denver sees twice a year what a true burner can do for an offense, and Ruggs isn’t only wheels, he is a pretty well-rounded receiver too. Now that they seemingly found their guy pairing that big-armed QB with someone who can stretch the field seems wise. He also makes the entire core look a lot better.

I could’ve easily gone here with either Epenesa or Chaisson, ultimately choosing the Iowa product because I think he fits better with what Dan Quinn is doing on defense and what personnel he has now. Either way, EDGE was the pick here.

Byron Jones is most likely gone, and the Cowboys need help in the defensive back department. Fulton is just a better prospect than either fellow Tiger Grant Delpit or the next best defensive back. This is a pick that really makes sense, more than reaching for a wide receiver.

The Dolphins are lucky here to have a player drop to their lap who is at the same time the best player available and covers the biggest need they have. Chaisson is a guy that will be a difference-maker at EDGE, sooner rather than later.

This was a tough one could’ve gone with a linebacker here and make sure to get Murray or Queen who won’t be there by their next pick. Ultimately when you play in the same division as Patrick Mahomes, you need corners and you need them to be good. Henderson is a good corner with a lot of potential.

They already went wide receiver with their first pick in this draft so going again would be overkill. Henderson would’ve been nice but he is gone. It comes down to either Patrick Queen or Kenneth Murray and I think Murray just fits better for what their defense wants to do. Besides he is the better run defender and someone has to stop Derrick Henry, amirite?

Let’s give Carson Wentz someone who can catch the ball, simple. Trevon Diggs could’ve been the pick here but you can get a corner of his skill level with their next pick, so the guy for the Eagles is Higgins.

Another prospect who has been falling in this mock, Kinlaw is no joke though, Kinlaw is just the best player available and also someone who can make an instant impact. Gross-Matos or a receiver could’ve gone here but I think you can get similar production, later on, there is only one Kinlaw.

Not the draft class to be looking for a TE early on, and I’m not comfortable taking Eason in the 1st even with Brady’s future in question. Stidham is a guy very similar to Eason and has been in the system and running the offense for a year, so let’s give the Patriots an EDGE player in Gross-Matos who can make their defense even scarier.

Mike Thomas is great, but he can’t do it all by himself. If Brees is indeed calling it quits give his successor another stud at wide receiver, someone like Shenault, and make his life easier. I like Teddy Bridgewater and I think he’s shown enough to trust him, at least for a year.

I know, where are the offensive linemen? But if you look a little deeper you will see that the corners were not good enough last year even though Xavier Rhodes won the popularity contest as prom king without attending school. Trevon Diggs will be an immediate help and don’t worry, there are great IOL who are going on day 2, and serviceable ones who might fall to day 3.

You ship out Tunsil, you need to replace him in this draft. Jones is an athletic tackle who can fill that big shoe Laremy left. They can go take a defensive back later.

Let’s hope that we can end the years of making Russell Wilson run for his life and make it all work on his own. So here we are going to invest a little bit protecting the most important piece in this franchise. Justin Jefferson was tempting though.

And he didn’t last in this draft much after that, the Ravens pair Jefferson with Hollywood Brown and their million tight ends to give Lamar Jackson weapons to work with.

If Jefferson fell in the draft here they would’ve run to the podium to get that one in, but here you have to choose between a player who is better ranked/graded and can make an instant impact starting year 1 or reach for a receiver you can get similar production with your next pick. I like Jalen Reagor but give me Queen here.

Imagine what that offense would look like if you add Swift in this draft! How do you stop that?

It came down to either McKinney and Gran Delpit and the 49ers need someone to play more strong safety than a free safety and McKinney is better at that, he is the better tackler.

Notable players falling to Day 2 (that you might’ve expected in this 1st Round Mock Draft):

So what did you think of this 1st Round Mock Draft? Did your team end up with the player you wanted?

Be sure to check out my Quarterback Tiers preview for the 2020 NFL Draft class! 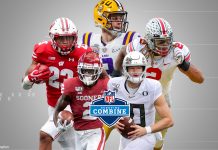 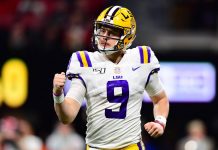 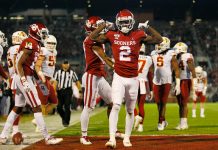 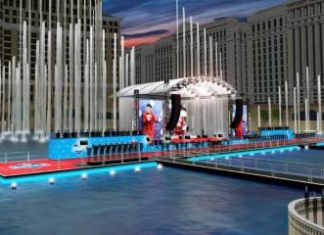 Eric Kirschenbaum - February 5, 2020 0
Super Bowl LIV is behind us. So let's celebrate the beginning of the draft-only season with a 7-round Mock Draft. While there...