5 Sleeper Prospects in the 2019 NFL Draft 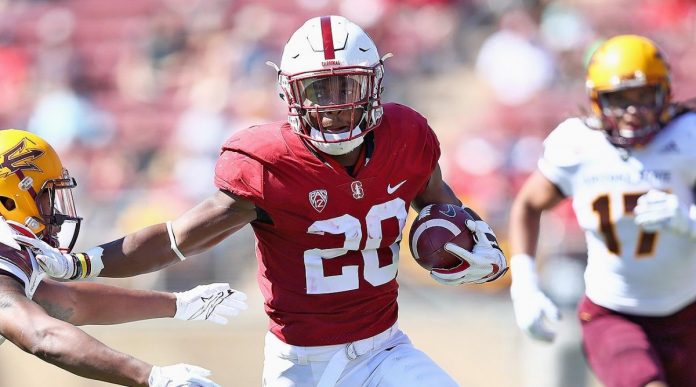 When it comes to the NFL Draft, it’s often the big-name, early-round players that make the biggest waves. That said, it’s important not to discount the impact of the late-round guys. Sure, they may not have the same hype as their early-round counterparts, but these five guys are players that have been slept on throughout the draft process and have a chance to be productive NFL players right away.

Coming off a season marred by injuries, Bryce Love has flown under the radar as people have forgotten just how explosive he can be. Let’s not forget this is a guy with a 2000 yard season under his belt and a Pac-12 OPOY title. Injuries will always be a concern given his size, but as a change-of-pace back Love has the explosiveness and vision to be spectacular.

Fresh off a breakout campaign for the Longhorns, Lil’Jordan Humphrey showed last season just how dangerous he can be when utilized correctly. He will never be much of a downfield threat given his lack of speed, but Humphrey uses his frame well and is a threat in the RedZone. As a No. 3 guy or an oversized slot option, Humphrey could make an offense better.

Martez Ivey is a classic example of a player possessing all the necessary physical skills but not quite playing up to his full potential. It’s obvious that Ivey has the length and agility to be a high-level player but his effort and technique are both questionable. In a situation where he is challenged and his hand usage and footwork are cleaned up, there is a starting-quality lineman here.

When evaluating EDGE players, two traits in particular always seem to appeal to me: speed and a high-motor, and Oshane Ximines has both. He’s almost certainly a pass-rusher only given his lack of ability to drop into coverage, but his effort and explosion make me think Ximines isn’t getting enough hype as a high-upside pass-rusher with starting potential down the road.

Physicality is the name of the game when it comes to Jaquan Johnson as this Miami safety loves to get down and dirty against the run. Despite below average physical stature, Johnson plays with a high-motor and a toughness that cannot be denied. He gets picked on a bit in coverage due to the previously mentioned lack of size and a tendency to be overaggressive, but don’t count out someone that plays with this much effort.