We will start this quarterback scouting report series with the biggest name this year, a player who has the #1 pick as a near-lock, Joe Burrow. Joe Burrow has had the spotlight around him even as a backup at Ohio State. The former 4-star recruit played some snaps as redshirt freshman and sophomore at Ohio State but ended up transferring to LSU as a graduate after narrowly losing the quarterback battle to Dwayne Haskins who went on to become a first-round pick. They were really neck and neck before Joe Burrow broke his hand in August that year.

The rest, as they say, is history, Burrow then transferred to LSU and showed great promise in 2018 before exploding last year with the best season we’ve seen for a quarterback that earned him the Heisman and the National Championship along with many NCAA records.

Before we dive into the report, let me explain my grading system a little bit. The overall grade is composed of four elements, accuracy grade, mental grade, fundamentals grade, and tools grade.

The accuracy grade englobes accuracy to the short, intermediate and deep parts of the field as well as throwing on the move.

The mental grade involves a player’s poise, ability to go through progressions, throwing with anticipation, his poise under pressure and his decision making and reads.

The fundamentals grade has in it a player’s pocket movement, footwork, and mechanics.

Each grade and the components inside each grade don’t have all the same weight and are weighed accordingly. These are film grades, that I then put into an algorithm and it spits these final numbers.

With that being said, let’s go! First quarterback report of NFL Draft season.

Joe Burrow (6’3 216 lbs) is a senior with two full years of starting experience. He finished his senior season with an astonishing 5671 passing yards with 60 passing touchdowns and only 6 interceptions (10/1 ratio) along with 368 rushing yards and 5 touchdowns. His completion percentage is bonkers, he ended up with a 76.3%, where they all short passes? No, his Y/A was 10.8 yards/att. That’s just the surface, let’s dive a little bit deeper.

Accuracy: Joe Burrow’s accuracy is next level, folks. He is consistent hitting short, intermediate or deep, in the pocket or on the move. He throws with impressive touch and timing. One of his biggest strengths as a prospect. He is especially good on the run and off-script.

Going through progressions: Burrow really mastered his offense this year, routinely making full-field reads a finding the open guy on his second or third read, he’s also very good at manipulating defensive backs with his eyes, something that’s very useful in the NFL where windows are smaller.

Anticipation: He shows that he can throw with anticipation instead of waiting to see before the throw. This shows that he not only understands where his receivers have to go but also where the defenders are going.

Pocket awareness and movement: He has a really special feel for it, almost like a sixth sense and he is so good at navigating the pocket while still looking down the field, it’s really next level.

Fundamentals: This is a pet peeve of mine but if a prospect has sloppy footwork it pisses me off a little bit, Burrow doesn’t fall in this category in the slightest. On the contrary, his footwork is one of the best in this class and he also has very clean mechanics to go with it. It’s really no surprise he is that consistent with his accuracy since his fundamentals are very consistent. His feet are set even on the run and rarely throws off his back foot unless he is forced to.

Poise: This is something you are going to hear a lot, Burrow is very cool under pressure. In fact, he had the best rating under pressure in all of college football.

Escapabality: This is my favorite part of his game, his ability to escape a sack, keep the play alive and then deliver a perfect pass. Joe Burrow is NIMBLE, you think you have him for a sack he is not there anymore. This translates very well to the NFL if he goes to a team with a shaky offensive line he can still get it done.

Arm strength: Not really a weakness per se, he doesn’t have a noodle arm, but Burrow’s is just a normal NFL arm, not a cannon like both Justin Herbert and Jordan Love have. He won’t wow you but he has enough juice to make NFL throws, that’s for sure.

Really, that’s it. He is a stud. There are other parts of his game that aren’t a strength but also not a weakness.

Some people will question the sudden offensive explosion from 2018 to this year but not me. I won’t punish a player for improving. He showed the traits on tape, I really wouldn’t care if he put 6000 yds or 3000, traits are traits.

Prediction: Either the Bengals take him at #1 or someone trades up to take him at #1. I like him better than I liked any of the 2018 quarterbacks

How he stacks up with the rest of the class? He is far and away, the QB1 this year. After watching all of the top guys, I can say this with 99% certainty, he is on a whole other level.

Check my quarterback preview article! Don’t Miss the Rest of our Mock Draft section and follow us on Twitter for all our NFL Draft Coverage! 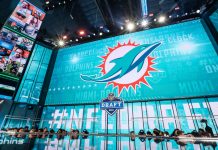 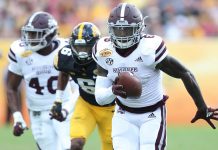 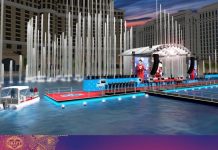 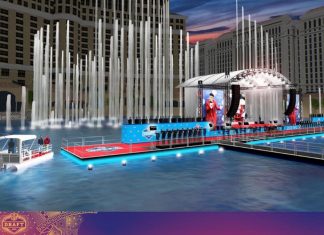 Austin Mowell - March 21, 2020 0
Today, I will be presenting my official NFL Mock Draft 2.0 to celebrate NFL Free Agency. The Combine has officially come and gone,...