The 2020 NFL Draft is coming. 2019 College football season is in the books, all the players have declared and we’ve got a glimpse of draft season with the All-Star games. Unless you are the Chiefs or 49ers, teams have begun to shape up their draft boards, so we’ll look at how the quarterback tiers are shaping up.

This year, my watchlist of quarterbacks has gone up to 17 players that I will be creating scouting reports for my readers. When the draft comes, you’ll be familiarized with every draftable quarterback your team might take and feel a bit more at ease knowing their strengths and weaknesses.

The quarterbacks who made my watchlist and who I will be making scouting reports on, grading and breaking down, are the following:

I will be separating them into some very early and still modifiable quarterback tiers.

Yes, right now it seems Joe Burrow is in a class by himself grading significantly better than his classmates. He is the type of prospect who would’ve gone top-5 no matter which draft class we are talking about.

These guys are quarterbacks who can still slide into first-round consideration. But they are at least Day 2 players, who show enough franchise-quarterback-potential to not let them fall any further.

These are prospects who either graded out like Day 3 players or I haven’t gone through them yet. I will update this quarterback tiers list after all the scouting reports are done.

This quarterback class is good, don’t let anyone else tell you otherwise. But it isn’t the best class ever, like people said about the 2018 NFL Draft or 2012. Whenever you have at least five players who have a bit of franchise potential, you can consider it a good class. No, this isn’t even close to the dreadful 2013 class, or the mediocre but top-heavy 2015 class.

While I haven’t gone through all of the quarterbacks in the list yet, I feel pretty comfortable saying that these year’s draft has five prospects (tier 1 and tier 2) that stand above the rest. And I would be surprised if someone overtook one of them. Not saying it’s impossible, but they would’ve have to make big improvements since last year.

The reports will include players strengths, weaknesses, comps (with a prospect from a past class, not pro comps), grades (accuracy, mental, tools and fundamentals) along with some notes and tidbits about them.

Watching tape would be a lot harder to do without Mark Jarvis and Jesse Fritsch who have provided a database, full with prospects cuts and measurements.

Since it’s almost certain a team is choosing a quarterback with the first pick, make sure to check out Drafting a Quarterback No. 1: Boon, Bust or In Between. 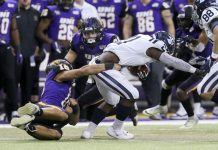 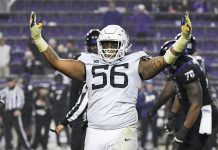 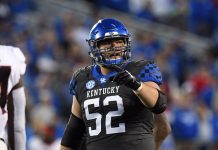 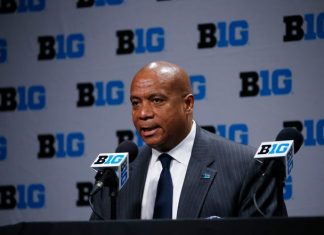 Brian Lamb - July 13, 2020 0
Within the past week, several conferences, including the Big Ten and Pac-12, have opted to alter their collegiate schedules. The coronavirus pandemic remains a...

49ers Trade Up With the Vikings